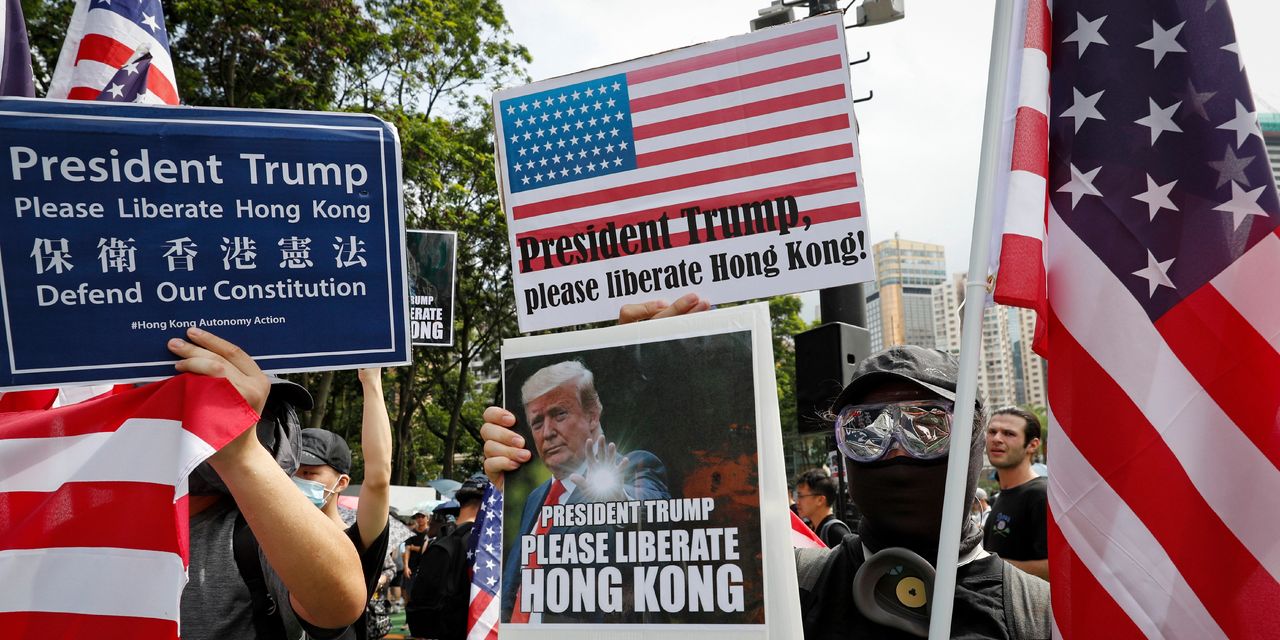 By
William A. Galston

Last week a bipartisan, bicameral quartet of legislators sent a letter to President Trump on the situation in Hong Kong. The signatories, including Florida Sen. Marco Rubio and Maryland Sen. Ben Cardin, urged the president to issue a strong statement condemning what they termed “Beijing’s efforts to undermine Hong Kong’s autonomy.” They deplored Chinese suggestions that the People’s Liberation Army might have grounds to intervene against peaceful protesters. Declaring that “Hong Kong’s governance is not China’s internal affair,” they argued that U.S. failure to respond to Chinese threats would “only encourage Chinese leaders to act with impunity.”

That same day, as if in response, Mr. Trump described the protests against a bill that would allow extradition to the mainland as “riots” (a crime punishable in Hong Kong with a heavy jail sentence) and said the Chinese would have to “deal with that themselves.” The Financial Times reports that last month Mr. Trump told President Xi Jinping that the U.S. would mute its criticism of Beijing’s policy toward Hong Kong to help restart stalled trade talks.

Leaders must make choices, of course. Unfortunately, Mr. Trump has consistently chosen to hush America’s voice in the face of actions by other nations that undermine democracy, human rights and the rule of law. He seems to believe that what governments do within their own borders is their own business, immune from external interference or even criticism—unless a foreign government opposes the U.S. or acts in a way that affronts his political supporters.

This approach repudiates what has been a central tenet of American foreign policy since World War II, which spelled the end of an earlier version of “America First.” Presidents beginning with Franklin D. Roosevelt understood that the rise of illiberal, undemocratic forces in Europe and Asia threatened the survival of democracy in the U.S. Promoting democracy and human rights was not the obsession of global do-gooders; it was vital to America’s national interest.

Over time, solid evidence bolstered this view. Political scientists found that democracies were less likely to go to war with one another than with undemocratic regimes and more likely to cooperate with one another for mutual benefit.

Throughout the postwar era, presidents of both political parties, liberals and conservatives, espoused the cause of democracy—until President Trump. “I honor the right of every nation in this room to pursue its own customs, beliefs, and tradition,” he told delegates to the United Nations last September. “The United States will not tell you how to live, or work or worship. We ask only that you honor our sovereignty in return.” Even if your national traditions include autocracy or the oppression of women and minorities, he implied, they are none of our business.

To be sure, this pronouncement occurred against the backdrop of public disillusionment with post-9/11 efforts to promote democracy and human rights by force of arms. Nation-building in Afghanistan proved to be a daunting, even Sisyphean task, and both political parties came to see the war in Iraq as a costly blunder. Although President George W. Bush insisted that his administration’s grand strategy—supporting the growth of democratic movements and institutions in every nation and culture, with the “ultimate goal of ending tyranny in our world”—was not primarily a military task, it was interpreted as justifying endless interventions in the affairs of other nations.

But rejecting the grandiose Bush doctrine should not mean embracing Mr. Trump’s doctrine of moral indifference. Americans should acknowledge, as Mr. Bush insisted, that the health of democracy in the U.S. is linked to the fate of democracy in other countries. We can support democratic movements abroad against autocrats and the rights of minorities over the tyranny of majorities.

Yes, during the Cold War the U.S. was inconsistent in its support of democracy, as left-wing critics have charged. In the name of fighting communism, Washington sometimes supported thugs against legitimate leaders. But on balance, the world is far more democratic today than it would have been if America had withdrawn behind its borders, as it did after World War I.

If elected president, Joe Biden has promised during his first year in office to organize and host a global “summit of democracy,” bringing together elected officials, civil-society organizations and the private sector to strengthen democratic institutions and confront the challenge of nations that are sliding back toward autocracy. This would begin a welcome return to the role of global democratic leadership the U.S. never should have abandoned. Meanwhile, is it too much to hope that President Trump will muster the will to defend the rights of self-government that Beijing promised the people of Hong Kong 35 years ago in a legally binding treaty?