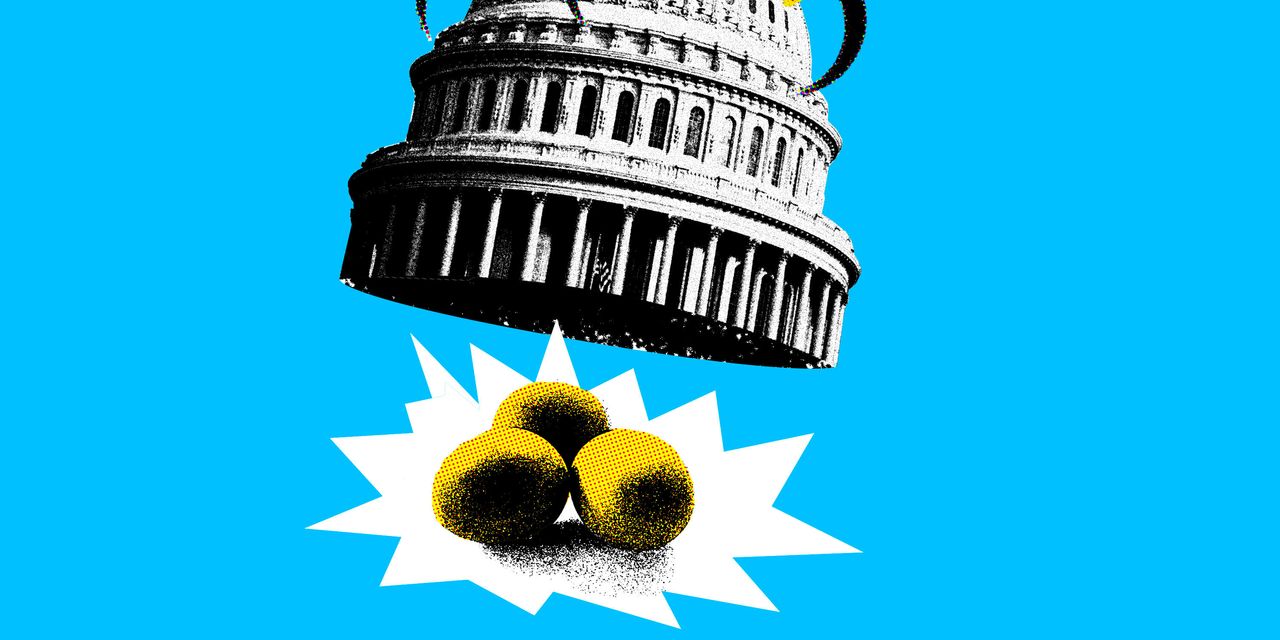 With stocks down around 17% since Feb. 20, older Americans stand to benefit from Congress’s stimulus-bill move to suspend required minimum distributions from retirement accounts this year.

On Thursday, the Internal Revenue Service issued a notice that offers relief to some people who took required distributions and want to put the money back.

The one-year hiatus gives those who can afford to leave their nest eggs alone a better chance of recovering losses. The reason: They’ll have more shares in their accounts in the event of a stock-market rebound.

Here are answers to questions from Wall Street Journal readers about how the temporary suspension of required minimum distributions, or RMDs, will work.

What type of accounts does the RMD suspension apply to?

Those who contribute to tax-deferred retirement accounts don’t pay income tax on the money they put into these accounts. But starting at either age 70 ½ (for those born before July 1, 1949) or at age 72 (for those born after June 30, 1949), the government requires them to start withdrawing a set percentage annually of the balance and paying income taxes on the distributions. People who fail to do so could face a 50% penalty on the amount they should have withdrawn.

In 2020, account owners who are normally subject to required distributions can refrain from taking them.

The same goes for beneficiaries who have inherited tax-deferred or Roth accounts, in which contributions are made with after-tax dollars and withdrawals are tax-free. Individuals with Roth accounts in their own names are always exempt from RMDs.

If I took a required distribution in 2020, can I put it back?

When Congress previously suspended RMDs from retirement accounts in 2009, the IRS gave some who had already taken them the option to put the money back. Natalie Choate, an attorney and retirement-plan specialist in Boston, expects the IRS to do something similar this year.

A spokesman for the IRS said the agency expects to address the provision of the stimulus legislation pertaining to RMDs “in forthcoming guidance.”

People who took required distributions since Feb. 1 may not have to wait for the IRS to issue that guidance. They may be able to use the so-called 60-day rule to return the money. To qualify, you normally have to put the money back within 60 days of receiving it. But the IRS on Thursday issued a notice that lets anyone who took an RMD between Feb. 1 and May 15 put the money back by July 15. Essentially, it gives the people in this group an extension to July 15 on the 60-day rollover deadline, said Ed Slott, an IRA consultant in Rockville Centre, N.Y. For anyone who takes an RMD after May 15 the normal 60-day deadline applies.

The option is off-limits to anyone who rolled over funds from one IRA to another within the past 365 days. (Rollovers from 401(k)s to IRAs, and vice versa are OK.)

The measure, which is similar to what the IRS has included in many prior disaster relief packages, doesn’t help people who took RMDs in January and want to put that money back. They are “out of luck unless the IRS issues more relief,” said Mr. Slott.

If you take your RMDs in monthly installments from an IRA, you can only put one such withdrawal back into an IRA using the 60-day rule, said Jeffrey Levine, director of advanced planning at Buckingham Wealth Partners.

If I already took an RMD and plan to put the money back, how can I get back taxes that were withheld?

To recoup the taxes, you can reduce your withholding or quarterly estimated payments or wait for a refund on your 2020 return.

How does the RMD suspension work for inherited accounts?

“Beneficiaries who have not taken an RMD can skip it,” said Ms. Choate.

That includes the subset of beneficiaries who inherited accounts that must be drained within five years of the death of an account owner who died in the years from 2015 to 2019. For them, the five-year liquidation deadline becomes a six-year deadline, Ms. Choate said.

Many who inherit retirement accounts this year have a 10-year window in which to take all the money out and pay the taxes due. This year’s RMD suspension will have no impact on that deadline, which is Dec. 31, 2030, said Mr. Slott.

Can beneficiaries who took an RMD this year put the money back?

Generally, the only beneficiaries with that option are surviving spouses, who must act within 60 days of receiving the RMD (or by July 15 if they qualify for the extension), said Sarah Brenner, an attorney who works with Mr. Slott. Under the rules as they stand right now, other beneficiaries can never put an RMD back, she said.

What if I took my RMD in the form of securities or other property rather than cash and the investment has lost value?

If you withdrew, say, 100 shares of AT&T stock from your IRA on Feb. 17 to satisfy your RMD and now want to put the money back, you must return the 100 shares. “It doesn’t matter whether they are worth less,” said Ms. Choate.

If you withdrew shares you subsequently sold, “you’re screwed,” she said.

IRA owners in this situation don’t have to take the RMD they delayed, even though it counts toward their required payout for 2019. If they took the RMD since Feb. 1, they can return it by July 15, provided they didn’t roll over funds from one IRA to another in the past 365 days, said Mr. Slott. (Those who took their first required distribution in 2019, on the other hand, cannot undo the transaction.)

How will RMDs be calculated when they resume in 2021?

Account owners will divide their Dec. 31, 2020, balance by their remaining life-expectancy figure in actuarial tables in IRS Publication 590-B.

Can I convert the amount that would have been an RMD this year to a Roth account?

Required distributions cannot be converted to a Roth account. So once retirees start taking them, it is harder to do Roth conversions without ending up in a higher tax bracket.

But with RMDs waived this year, account owners are free to withdraw any amount, pay the taxes and convert the funds to a Roth IRA, where the money can grow tax-free. For those in a temporarily lower tax bracket this year, the move can make sense, said Mr. Slott.

You Ask, We Answer

Write to Anne Tergesen at anne.tergesen@wsj.com