Hagia Sophia Has Reverted to a Mosque, Erdogan Says

ISTANBUL—President Recep Tayyip Erdogan said Friday that the city’s sixth-century Hagia Sophia, which became a symbol of secularism in modern Turkey when it was converted into a museum in the 1930s, would reopen to Muslim prayer as a full-fledged mosque later this month, a shift opposed by the U.S. and others.

The structure, with its huge dome and towering minarets, has long played a pivotal role in the culture of the city and in Turkey at large. It was built as Christian temple by the Byzantine empire, then became a mosque after the Ottomans conquered Constantinople, as Istanbul was previously known, in the mid-15th century.

In 1934, Mustafa Kemal Atatürk, the father of modern Turkey, had Hagia Sophia made into a museum as part of his efforts to modernize the country and encourage it to compete with European powers. 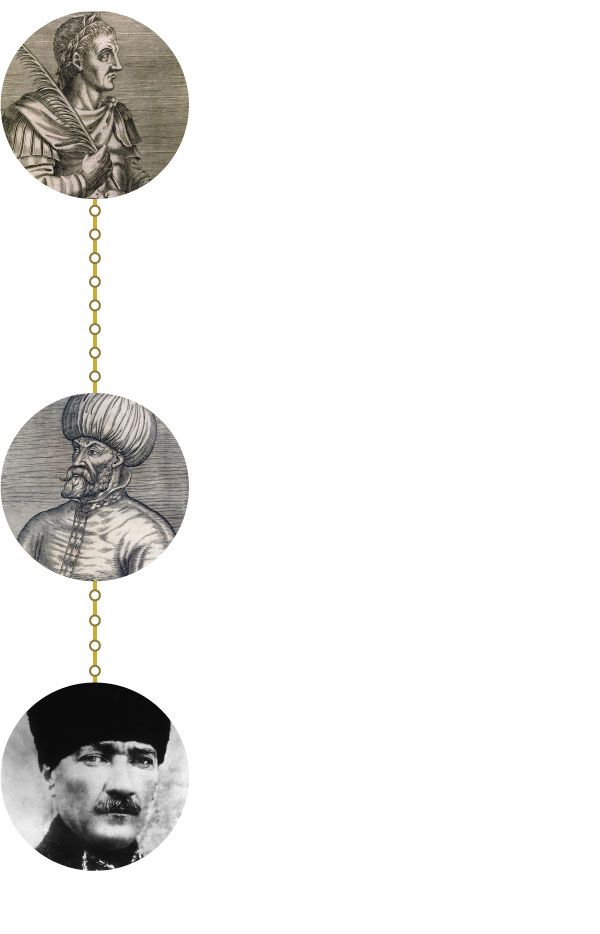 Under Byzantine emperor Justinian I, construction of the Hagia Sophia cathedral is completed in the historical peninsula of Constantinople.

Following his conquest of Constantinople, Fatih Sultan Mehmet orders the conversion of Hagia Sophia into a mosque.

Mustafa Kemal Atatürk, father of the secular Turkish Republic, orders the transformation of Hagia Sophia into a museum.

On Friday, however, the Council of State, Turkey’s highest administrative court, said the edict that converted the structure into a museum was illegal, effectively turning Hagia Sophia back into an Islamic place of worship, Turkish law experts said, and delivering Mr. Erdogan a victory he has long pursued.

Minutes after the ruling, Mr. Erdogan signed a decree transferring the management of Hagia Sophia from the Ministry of Culture to the Directorate of Religious Affairs. In a televised speech later Friday, he said it was important to restore the building’s status as it had been defined by Fatih Sultan Mehmet upon his conquest of Constantinople, in 1453.

“Turkish people have no less right to Hagia Sophia then those who built it first 1,500 years ago,” the 66-year-old president said.

Mr. Erdogan said the first prayer service would be held on July 24 and that the building would remain accessible to non-Muslims, without giving further details.

By restoring Hagia Sophia’s status as a mosque, Mr. Erdogan has advanced his project to provide more room for Islam inside the secular republic while also demonstrating that he can still influence what happens in Istanbul, despite his ruling party suffering a stinging defeat in last year’s local elections.

“It’s all about domestic politics, in order to keep together the eroding voter base,” said Murat Yetkin, a political analyst.

Hagia Sophia’s conversion might not have the rallying effect that the president is looking for. Opinion polls suggest many Turkish voters are more concerned with the economic aftershocks of the coronavirus outbreak, and have little interest in how the building is used. Opposition leaders have largely sidestepped the Hagia Sophia issue, saying they would rather focus on proposals to repair the economy.

Still, the campaign to turn Hagia Sophia back into a mosque has allowed Mr. Erdogan to cast himself as a resolute leader, impervious to a torrent of criticism from Washington to Moscow and Athens, where both political and religious leaders have warned the Turkish leader about damaging a unique emblem of Istanbul’s Christian and Muslim traditions.

Earlier this month, U.S. Secretary of State Mike Pompeo said that Washington would view a change in Hagia Sophia’s status as “diminishing the legacy of this remarkable building and its unsurpassed ability…to serve humanity as a much-needed bridge between those of differing faith traditions and cultures.”

The Turkish Foreign Ministry immediately responded that it was “shocked” by Mr. Pompeo’s remarks, adding that “Hagia Sophia, situated on our land, is the property of Turkey, like all our cultural assets.”

When Greece protested the planned change last month, urging Turkey to act as a neutral custodian of a site that was once the seat of the Orthodox patriarch of Constantinople and “belongs to all of humanity,” Mr. Erdogan snapped back.

“They tell us that Hagia Sophia mustn’t be converted into a mosque. Are you governing Turkey?” retorted Mr. Erdogan, who has been at the helm of Turkey for 18 years.

After the ruling was announced, the Russian Orthodox Church expressed dismay, saying through a spokesman that “the concern of millions of Christians were not heard,” according to Russian news agency Interfax.

The controversy is likely to rumble on.

Following Mr. Erdogan’s announcement, Unesco, which lists the building as a World Heritage site, said it deeply regretted a decision “taken without prior dialogue.”

The United Nations cultural agency said Turkey has a responsibility to preserve both the Christian and Muslim influences that went into creating the Hagia Sophia as it appears today, and the way it has brought the two communities together in having a say in its future.

“Its status as a museum reflects the universal nature of its heritage, and makes it a powerful symbol for dialogue,” Audrey Azoulay, Unesco’s director general, said.

The Turkish presidential spokesman, Ibrahim Kalin, said that opening up Hagia Sophia to worship wouldn’t prevent tourists from visiting the site. “A loss from the world’s heritage is not in question,” he told Anadolu, the Turkish state news agency.

This latest twist in the storied history of Hagia Sophia has been a long time coming. The first complaints about the way the site was converted into a museum were filed in 2005 but, at first, it appeared Mr. Erdogan wasn’t interested in supporting them and they didn’t advance.

Later, in 2013, he told supporters that he would consider supporting proposals to turn it back into a mosque if he saw evidence that other mosques were full and worshipers needed additional space.

However, after a fresh legal challenge to the status of Hagia Sophia was lodged by the Istanbul-based Association for Serving Historical Artifacts and Surroundings two years ago, Mr. Erdogan had come around to the idea.

Indeed, his support was so strong that during a hearing on July 2, a lawyer representing the presidency, which was a defendant in the lawsuit, found herself in the awkward position of supporting the case for keeping Hagia Sophia as a museum.

“She could have raised objections,” said Selami Karaman, a lawyer for the historical association that brought the action to make the site a mosque. “But she said the presidency would leave a decision to the discretion of the court.”