ROME—Italy’s death toll from the coronavirus epidemic appears to have overtaken that in China, the latest official data shows, as Chinese fatalities fall sharply and Europe becomes the epicenter of a pandemic that is killing thousands and devastating the global economy.

The relentless rise in Italy’s virus deaths reflects the particular danger the respiratory disease poses for elderly people in a country that has the world’s second-oldest population after Japan.

The economic and social toll on Italy, which became the first country to lock down its entire population this month, is a harbinger for other Western countries, including the U.S., where infections and deaths are rising at a similar pace to Italy only a few weeks ago.

By Thursday afternoon, 3,405 people infected with the coronavirus had died in Italy, an increase of 427 from a day earlier. Some 3,245 people carrying the virus had died in China by the end of Wednesday, a toll that is now rising by only around 10 a day, according to Chinese official data.

China on Thursday reported no new domestic infections for the first time since the outbreak began, another sign of how it has managed to bring its outbreak under control after a prolonged lockdown of around 500 million residents.

The U.S. and governments across Europe are making escalating efforts to combat the epidemic and mitigate its economic impact. The U.S. further tightened its travel restrictions and plans to close its northern border with Canada. London on Thursday shut down part of its subway system. Everywhere, restrictions on social interactions have become the primary method to prevent new infections.

Italy was the first Western country to impose draconian restrictions on movement. Since March 10, residents have been allowed out of their homes only if they can prove they need to, for instance to buy food or medicine. Most retail outlets have shut.

But those rules haven’t yet had a significant impact on the trajectory of the outbreak in Italy. The country’s death toll is especially grim because its total confirmed infections are still much lower, at 41,035 people as of Thursday, compared with China’s total of around 81,000 confirmed cases.

Italy’s much older population partly accounts for why the virus is killing more people, faster. In all countries, people over 70 years old are much more likely to develop severe symptoms and die than younger people.

Data compiled by Italy’s National Health Institute, its top disease-control body, shows that 87% of those who have died are over 70. Around 13% of Italians in their 70s who have tested positive for the virus have died, a ratio that rises to 21% for those in their 80s, according to data from Italy’s top disease-control body. Data from China in February show that 8% of infected people in their 70s were dying, and around 15% of people age 80 or over. 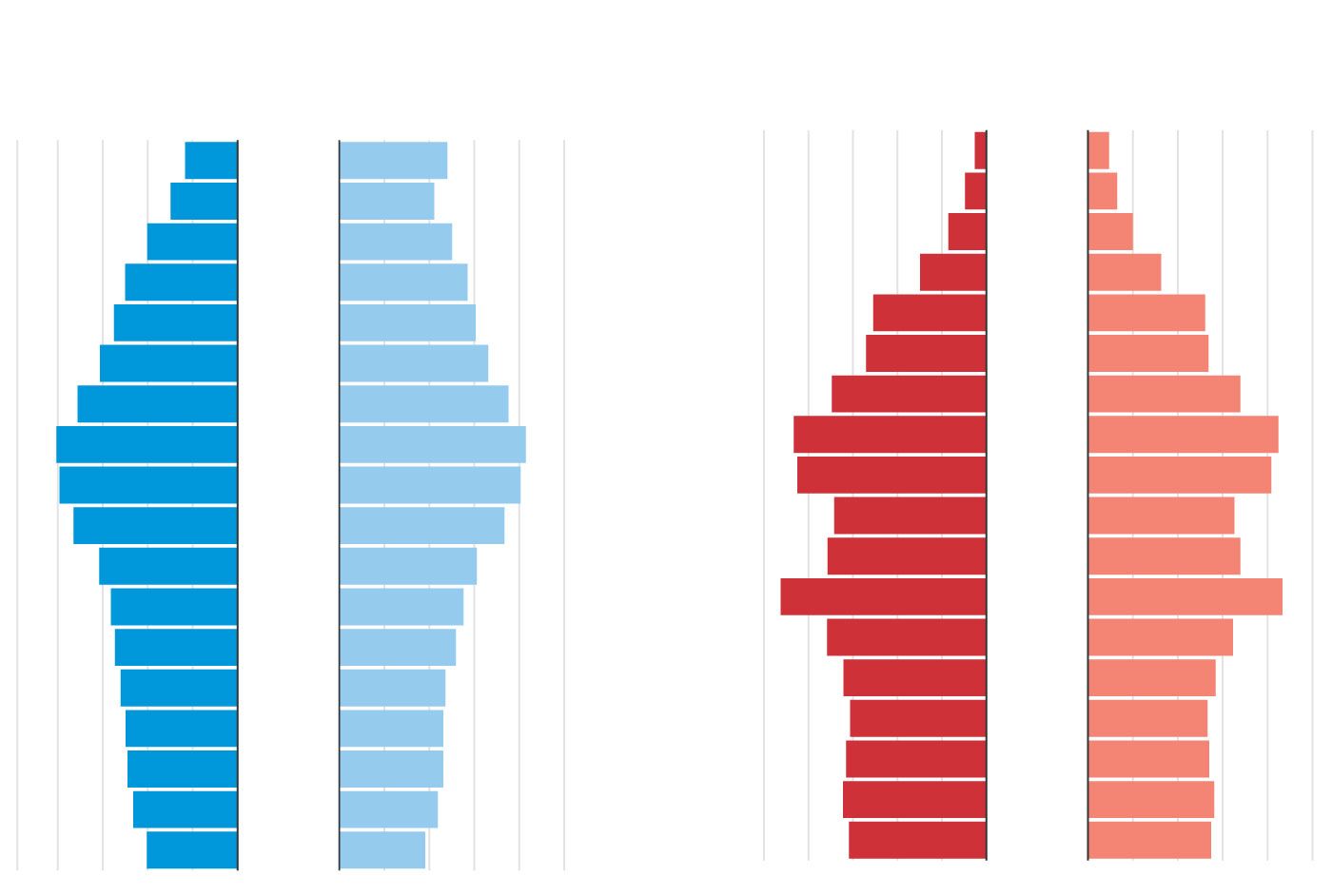 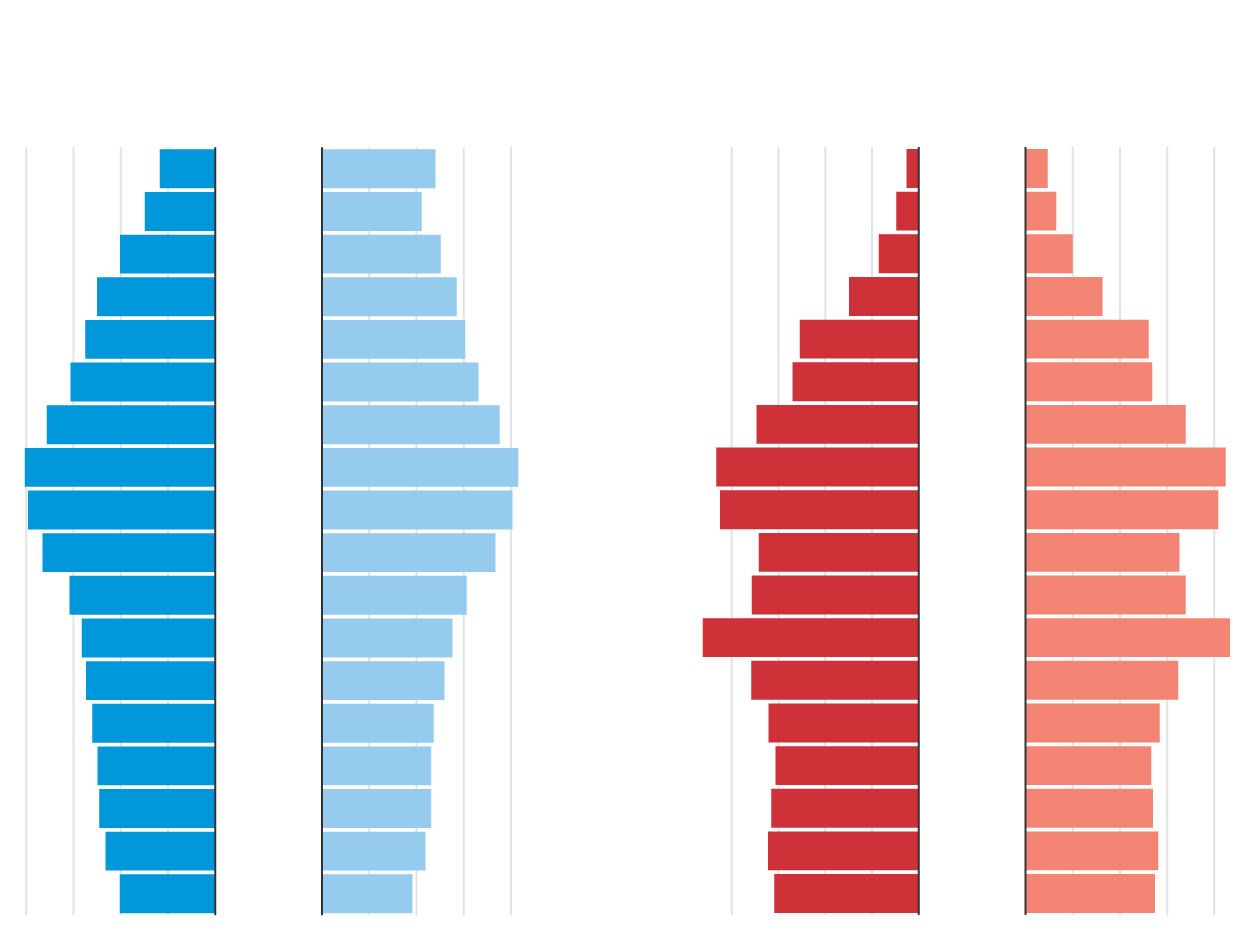 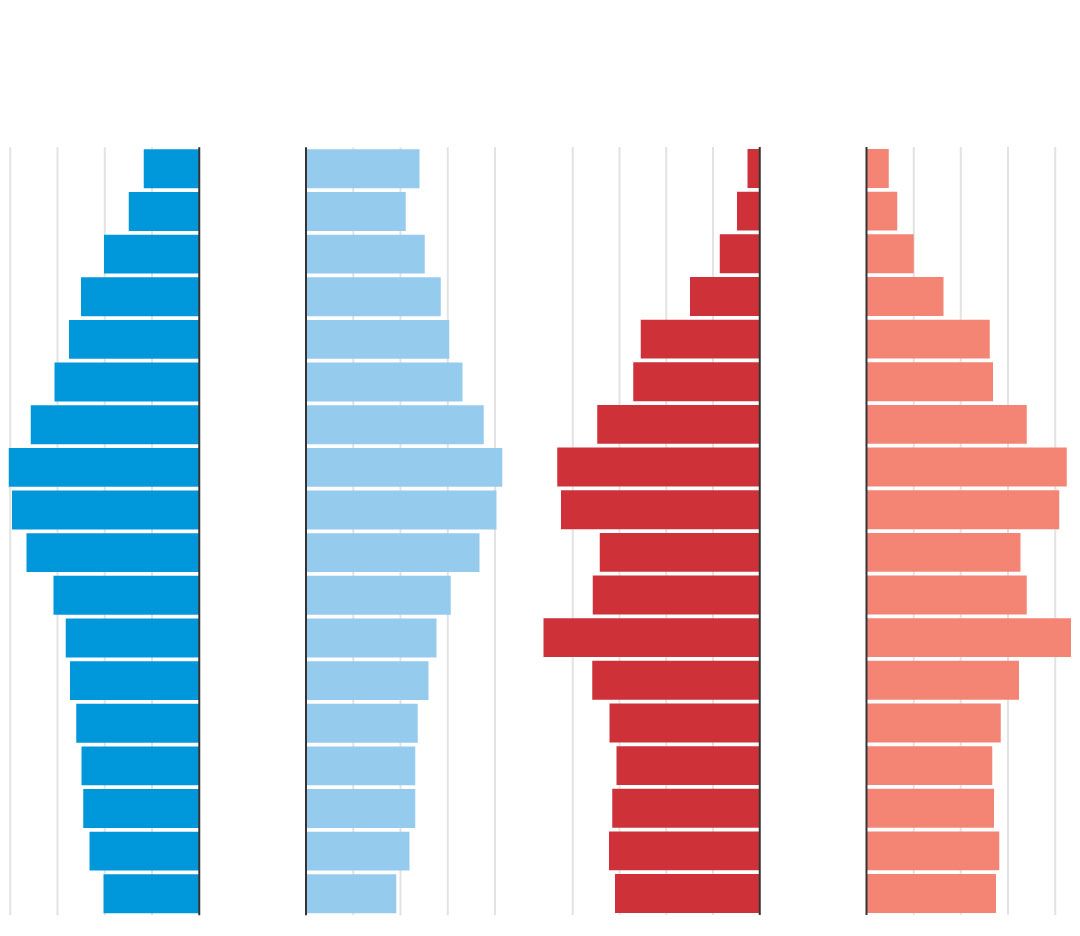 The even-higher fatality rate among elderly Italians, compared with China, may reflect an undercounting of total infections in Italy, where testing has been largely confined to those with symptoms. Many virus carriers have no or few symptoms.

But it may also increasingly reflect a health-care crisis in some areas of northern Italy, where the outbreak began and a steep rise in infections has overwhelmed some hospitals. In towns such as Bergamo, doctors have been forced to give the last available beds in intensive-care units to younger or more robust patients, reducing the survival chances of severely ill patients over 70.

In parts of Lombardy, the region that includes Milan and Bergamo and where Italy’s outbreak started, some communities have been devastated by the disease. In Bergamo, so many people have died in such a short time that army trucks have been deployed to carry the dead out of the city for cremation.

Roberta Zaninoni was relieved her own father wasn’t in those trucks. “He deserves a real funeral,” she said.

Her father, Giuseppe Zaninoni, died on March 10, only two days after admission to his local hospital outside Bergamo.

Ms. Zaninoni, 31, wants no part of the evening singalongs staged in Italian cities as a population stuck at home tries to cheer itself up.

“Don’t sing from your balconies. Bergamo is on its knees. We need a minute of silence, not music,” she said.

“We underestimated this disease. I keep on thinking: We could have done more to prevent Dad from getting sick,” she said. “I hope people in other countries don’t make our same mistakes. Lock your parents at home. Don’t let them out.”

The small town of Castiglione D’Adda, in an area southeast of Milan where Italy’s epidemic started, has recorded more deaths in a matter of weeks than they did all of last year. Some 50 people have died so far this year in the town, which has a population of about 4,600.

“It’s maddening to think that all these people have left us because of a lethal virus,” said Mayor Costantino Pesatori. “These are all people who could have survived had it not been for this virus.”

As a humanitarian crisis unfolds, Italy is hoping that the rate of deaths and new infections will peak in the coming week. Already, the pace of total known infections has slowed somewhat in recent days.

Italy’s government is looking for signs that its lockdown is impeding the spread. Prime Minister Giuseppe Conte has hinted that it might be tightened further. The strictness of police enforcement has varied, as has compliance by a population not used to such limits on its liberty.

In Lombardy, 2,168 people are known to have died from the virus so far, or about two-thirds of Italy’s total.

“The situation is critical, beyond critical,” said an employee of a funeral home in Brescia, one of the Lombardy cities worst hit by the virus. “We can barely keep up with the number of people passing away. We are hanging on by a thread. We don’t have time to rest and eat a sandwich.”

In recent weeks, eight of every 10 deaths they handle has been caused by the coronavirus.

“The worst part of all this is that people are not able to have a proper funeral. The relatives are usually in quarantine or sick themselves,” the funeral employee said. “When there are relatives or friends, they aren’t allowed to enter the cemetery. We wheel the coffin inside, drop it off and then it’s onto the next one. That’s no way to say goodbye to somebody.”

Public health experts say it is too early to draw firm conclusions about the true fatality rate since the total numbers of confirmed infections are widely thought to be an underestimate. Testing practices vary widely between countries, distorting global data.

Lombardy’s deaths make up 11% of confirmed infections there, compared with 5.8% in the rest of Italy. That might reflect an even-bigger undercounting of total infections in Lombardy than elsewhere, experts say.

But it may also indicate that a significantly higher number of people in Lombardy are dying because overstretched hospitals can’t give them the treatment they need, said Nino Cartabellotta, a doctor and public health expert who is researching the epidemic.

“In Lombardy, more than anywhere else, the public health-care system is no longer able to handle the number of patients who like a tsunami invaded its intensive care wards,” says Dr. Cartabellotta.

You Ask, We Answer

How to Navigate the Crisis

Before the crisis, Lombardy had around 900 beds in intensive-care wards, most of which were usually occupied. The region currently has 924 coronavirus patients in intensive care. Hospitals have rushed to add new beds in existing hospitals as well as in new, makeshift facilities. But the virus is spreading faster than the ICUs can expand.

That number of total cases would bring Italy’s fatality rate closer to 3%.

Italy’s deceased from the virus include Vittorio Gregotti, a prominent architect who died in Milan at 92. Mr. Gregotti, who had severe arthritis, fell in his house several days before his death, probably the first sign that the virus was beginning to ravage his body.

His wife didn’t think it was anything serious until a few days later when he came down with a high fever. He was admitted to the hospital March 13 and he died two days later.

“The most terrible thing is that we can’t even have a funeral for him,” said Massimo Cacciari, a friend of Mr. Gregotti for more than four decades and a former mayor of Venice. “He won’t be forgotten. We will have a chance to remember him when this nightmare is over.”

Get an early-morning coronavirus briefing each weekday, plus a health-news update Fridays: Sign up here.