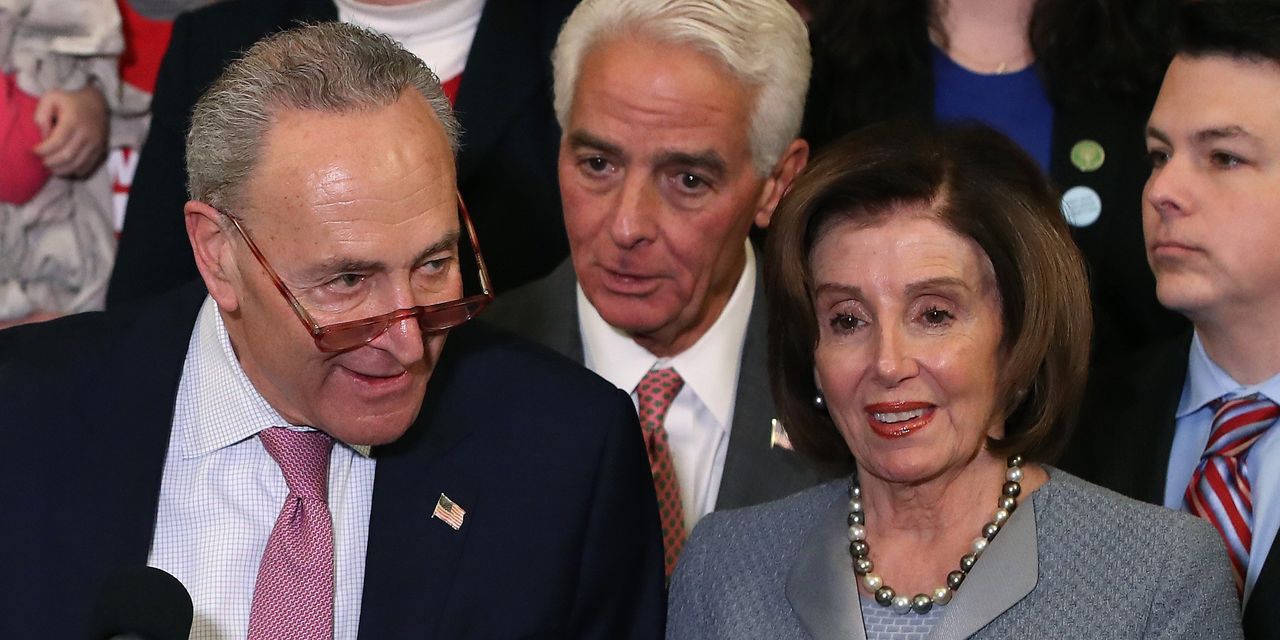 House Speaker Nancy Pelosi and Senate Minority Leader Chuck Schumer opened a joint statement Thursday on federal coronavirus policy with this line: “Lives are at stake—this is not the time for name-calling or playing politics.” As the saying goes, interesting if true. The evidence so far of bipartisan cooperation in response to the virus isn’t promising. Actually, it’s depressing.

In the 48 hours before the Pelosi-Schumer call for an end to name-calling, Rep. Alexandria Ocasio-Cortez mocked Vice President Mike Pence, named by President Trump to lead the government’s response, as a science denier. Elizabeth Warren tweeted that the Administration’s “bungled response to the coronavirus outbreak is a mess.” Mike Bloomberg, the self-described adult in the room, chimed in that leadership is “sharing the facts, demonstrating control and trusting the experts. Unfortunately, not Trump’s strong suit.”

It’s not clear yet whether the Covid-19 virus will become a significant public-health crisis in the United States, but it’s not too soon to recognize that Washington is already terminally ill with political delirium. Sen. Schumer, almost at the same moment he was joining Speaker Pelosi in a plea to stop playing politics, went onto the floor of the Senate to re-rip into Mr. Trump, recycling his “towering and dangerous incompetence” line.

At his coronavirus news conference, Wednesday evening, Mr. Trump was joined by Anne Schuchat of the Centers for Disease Control and Prevention and Anthony Fauci of the National Institutes of Health. These are the government officials expected to plan and execute the U.S. response to the virus. Addressing the challenge, Dr. Schuchat said, America’s “aggressive containment strategy has been working and is responsible for the low levels of cases that we have so far.” She said we should expect more cases and now is the time to prepare.

That is essentially what Mr. Trump said as he answered the press’s questions. By and large, Mr. Trump did a fairly straightforward job of addressing the medical and administrative challenges whose outlines are obviously far from clear. His job as head of the executive branch is to warn the public to be prepared while reassuring the public that there’s no reason to panic. That’s what we heard him trying to do even if it included some of his trademark bragging about his Administration’s performance.

Yes, along the way he also got off a few shots at Mrs. Pelosi and Mr. Schumer when the press baited him with questions about their criticisms. But we hope we’re not the only ones taken aback at the level of partisan vitriol getting poured over how to respond to the coronavirus.

We suppose it’s to be expected that Members of Congress would default to arguing over coronavirus spending levels, parsing whether the right amount is $2.5 billion, $4 billion or $8 billion. Offering his own ideas on the Senate floor, Sen. Schumer said “affordable” vaccines should be “available to all who need them,” and few would disagree with that.

But first the scientific community will have to better understand the nature of the virus, its ability to spread, and whether in fact it constitutes an extraordinary threat to the American people requiring extreme containment measures. Dr. Fauci said at the White House that we don’t even know whether the virus could survive the warmer months and reappear next year. He said they’re working faster than they ever have on developing and testing a vaccine that would be ready if it returns.

It’s a big challenge, but getting those answers right won’t be any easier if the coronavirus becomes no different than any of the other political footballs kicked constantly around the capital these days. Here’s a thought: Maybe we in the media should spend more time talking to the experts who know something and less time quoting politicians who know almost nothing about the virus but see potential gain in exploiting a health crisis.

Here’s another suggestion we’ve heard for Mr. Trump to reassure Americans: Fly to a quarantine site or a hospital treating virus patients, don a protective suit if need be, and meet with the ill or the sequestered. Especially coming from the germ-phobic President, this would be an act of leadership even Chuck Schumer would have a hard time attacking.