Universal Tries to Escape Disaster by Patching Up ‘Dolittle’

In a pivotal scene in Universal Pictures’ “Dolittle,” hitting theaters Friday, the title character—a doctor, played by Robert Downey Jr., who can converse with animals—relieves an ornery beast’s indigestion by removing debris from its rectum. Flatulence jokes ensue.

The scene was added late in the filmmaking process, one of several efforts Comcast Corp. ’s Universal made to try to ensure a return on the $175 million it invested in the family-friendly movie, according to a person close to the production.

The studio’s decision to tinker with a nearly finished film delayed its release by nine months as it commissioned script rewrites and hired two new directors to help with about three weeks of additional photography, according to people familiar with the production. The goal of these measures, these people said, was to craft a sillier movie more likely to appeal to younger moviegoers and overseas audiences.

Universal’s challenge—attempting to ensure an expensive movie connects with a wide swath of moviegoers around the world—has become increasingly common in Hollywood. With domestic ticket sales leveling off and international revenues representing a larger share of the overall market, studios are investing the bulk of their resources in well-known properties or event films capable of luring a broader audience. Walt Disney Co. has led the charge with its hugely successful Pixar, Star Wars and Marvel franchises.

Trying to keep pace with Disney while hedging the risk associated with making the brand of event films that tend to be the most profitable, rivals are seeking to create franchises of their own that can spin off lucrative sequels. To achieve maximum box-office impact, these movies need broad appeal, such as children and parents or moviegoers outside the U.S.

Early signs suggest Universal’s confidence in the project’s U.S. prospects may be limited. January, a slow moviegoing month, is often a dumping ground for titles with poor commercial prospects. Universal’s preliminary expectations have it making about $25 million this weekend, according to a person familiar with the studio’s thinking. That is a lackluster opening for a movie with such a big budget, and would put it behind the projected tally for Sony Corp. ’s “Bad Boys for Life,” starring Will Smith and Martin Lawrence, also opening Friday. 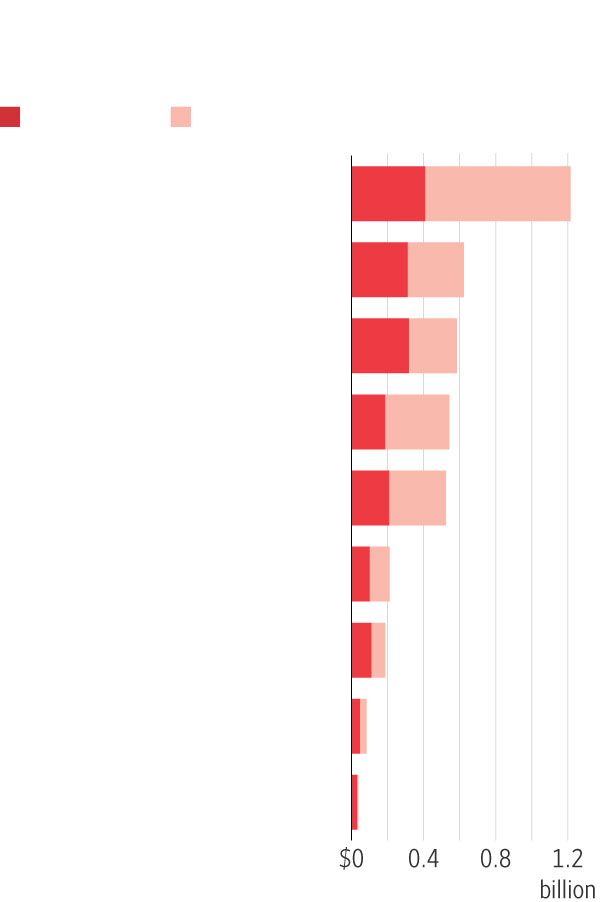 Universal’s path to profitability is further complicated by the fact that Mr. Downey is set to receive a share of the film’s box-office revenues, in addition to a $20 million salary, according to a person familiar with the deal. Now rare, such sweetheart deals were once regularly awarded to Hollywood’s top stars, allowing them to receive a chunk of ticket sales even before the studio recouped all its costs. At least two other Hollywood studios balked at producing “Dolittle,” concerned the project was too costly, people familiar with the matter said.

The movie was originally set to be written and directed by Stephen Gaghan, best known for cerebral, sociopolitical dramas like “Syriana” and “Traffic,” a far cry from the bawdy humor of a family film like “Dolittle.” “Traffic” won four Academy Awards in 2001, including best adapted screenplay for Mr. Gaghan.

Do you plan on watching “Dolittle”? Why or why not? Join the conversation below.

After test-screening Mr. Gaghan’s initial version of the movie, Universal worried it wasn’t lighthearted enough to connect with children and families around the globe, according to people familiar with the production. The studio decided the movie needed more computer-generated animals and more laughs, the people said, and called in filmmakers and screenwriters with more experience in the genre. They said these included directors Chris McKay of “The Lego Batman Movie” and Jonathan Liebesman of “Teenage Mutant Ninja Turtles.”

Representatives for the two directors didn’t respond to requests for comment.

It isn’t uncommon for studios to order rewrites or additional filming on a big-budget production, but bringing in other directors to help finish the job often indicates the studio is worried about the movie’s prospects. Early reviews for “Dolittle” have been awful, with just a 13% “fresh” rating on Rotten Tomatoes.

A strong overseas box office performance for “Dolittle” could substantially offset a poor showing in the U.S. and Canada. In recent years, many Hollywood movies that failed to generate strong returns domestically have been hits abroad. Universal has benefited from this phenomenon. In 2017, it released “The Mummy,” starring Tom Cruise. The movie made a so-so $80.2 million in the U.S. and Canada, but scored $329 million overseas.

“Dolittle” will open in about 70 international markets including a key late February release in China, according to a person familiar with the matter.

Twentieth Century Fox, now owned by Disney, released “Dr. Dolittle” in 1998 and a sequel 2001, both relying heavily on the comedic talents of Eddie Murphy. The first installment cost $75 million to make and grossed $294.5 million globally, according to Box Office Mojo.

Write to R.T. Watson at rt.watson@wsj.com